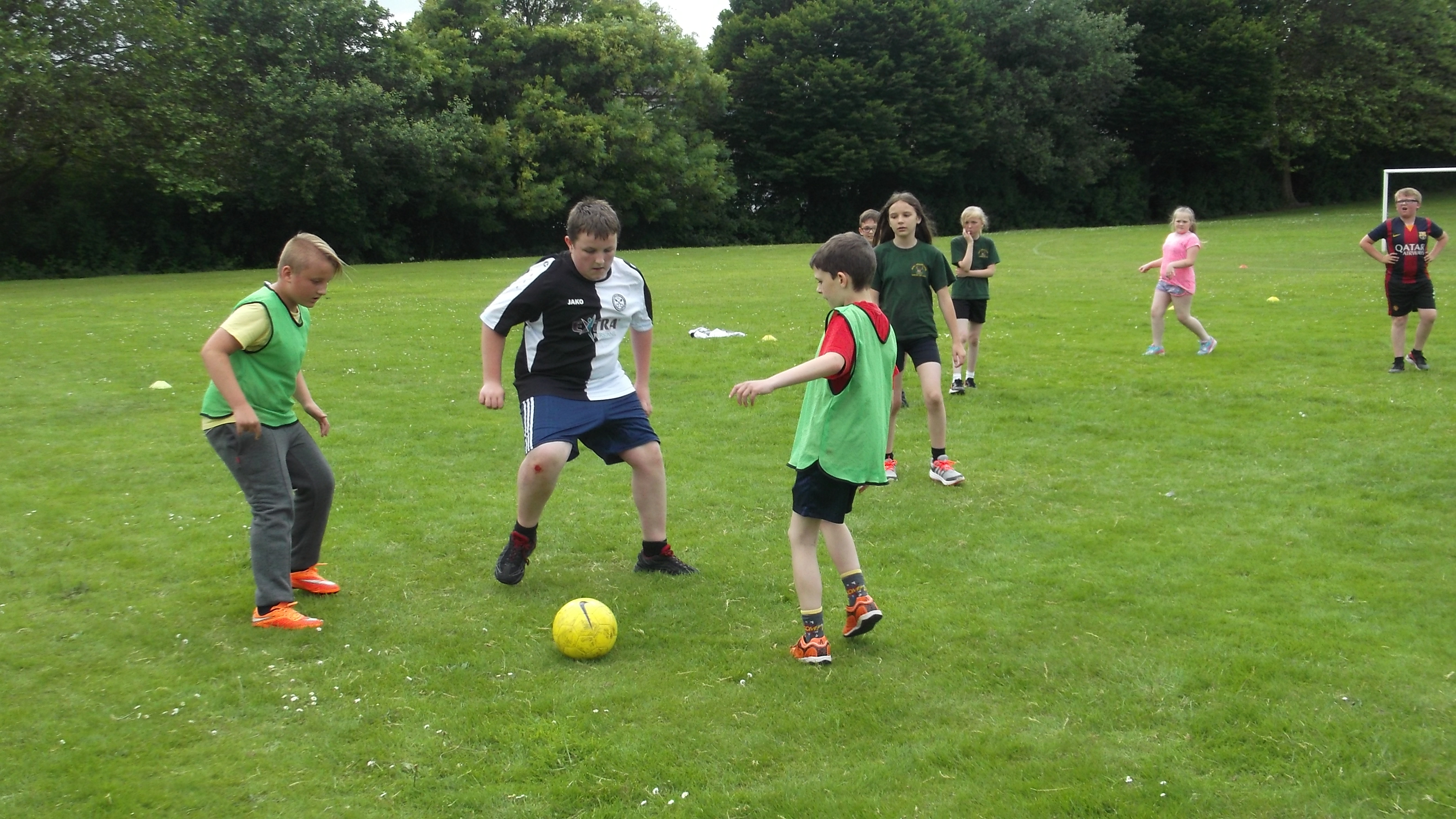 Year 4, 5 and 6 pupils enjoyed a World Football Day on Friday (24/5) thanks to a visit from three members of staff from The Albion Foundation.

The day began with a whole school assembly where the children learned about the work that is being undertaken by the Foundation in India at present promoting football and education with children in developing communities. Many of the children were seen wearing West Bromwich Albion shirts which had been donated by children such as ours in WBA partner schools. The watching pupils were fascinated and surprised to learn about how poor the communities are that the Indian children live in and saw pictures of a school being built and coaching sessions being delivered by the visiting coaches.

The pupils of Year 4, 5 and 6 then went into their groups to develop this theme further. In the classroom the children took part in an interactive quiz learning about the work of the Albion Foundation abroad. With all of the coaches spending time coaching oversees they were given a first hand insight into different countries and cultures including Kenya, Sweden, India and Australia with the overriding theme that sport can unite all. Outside on the field the children took part in a series of circuits involving groups competing against each other and the clock at various football skills including; dribbling, passing, target practice and technical skills (or tekkers as they are better known).

The afternoon saw all three classes on the field taking part in a football tournament. Divided into 8 teams they competed against each other in a series of games refereed and organised by the Albion coaches. With the emphasise being on fun and co-operation there was no overall winner but a lot of great skills were on show throughout as maybe the photos below show.

Thanks go to Dan, Luke and Sam from the Albion Foundation for their superb delivery of the day.