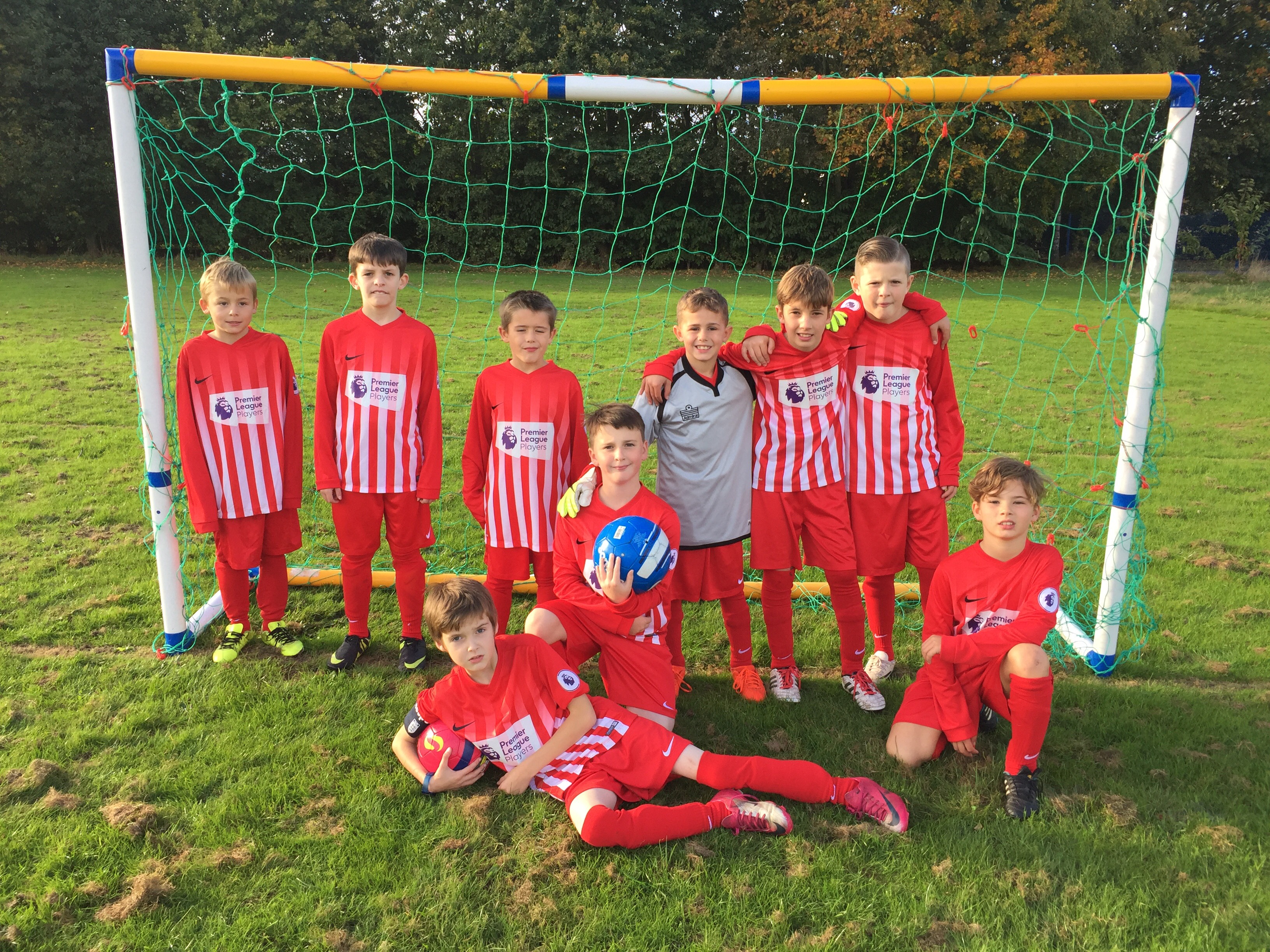 On Monday afternoon (18/10/16) the school football team travelled to Rugeley to compete against Western Springs Primary, who are part of the same learning cooperative as Redhill. Having won their last two games our boys were keen to continue this.

The game began in promising style for Redhill with Leon hitting a long looping shot towards goal, it would probably have gone in anyway but Leon was intent on making sure and chased the ball to put it in from close range.

All looked good at 1 nil with several more chances and good saves from goalkeeper Logan but then Western Springs found their rhythm and scored three quick goals meaning Redhill found themselves 3-1 down. This would have been a difficult score to take into half time but fortunately Leon scored his second of the game to mean the mid way deficit was only one goal.

The second half saw Redhill score first with Correy scoring a great goal, especially as he is only in Year 3 and from then on it was a very even game with both teams aiming to win.

It was Western Springs who again took the lead giving second half keeper Ogi no chance but for the remainder of the game he made some terrific saves which combined with a great defensive performance from Tyler prevented the home school from scoring more. Redhill pressed and pressed with several good chances but it took until the last two minutes until Arron kept his composure to convert one making the final score 4-4.

Although not the win they were hoping for this was a great game and a fair result. It also means the team have now gone three games unbeaten and, as always, were fabulous ambassadors for our school. Well done.