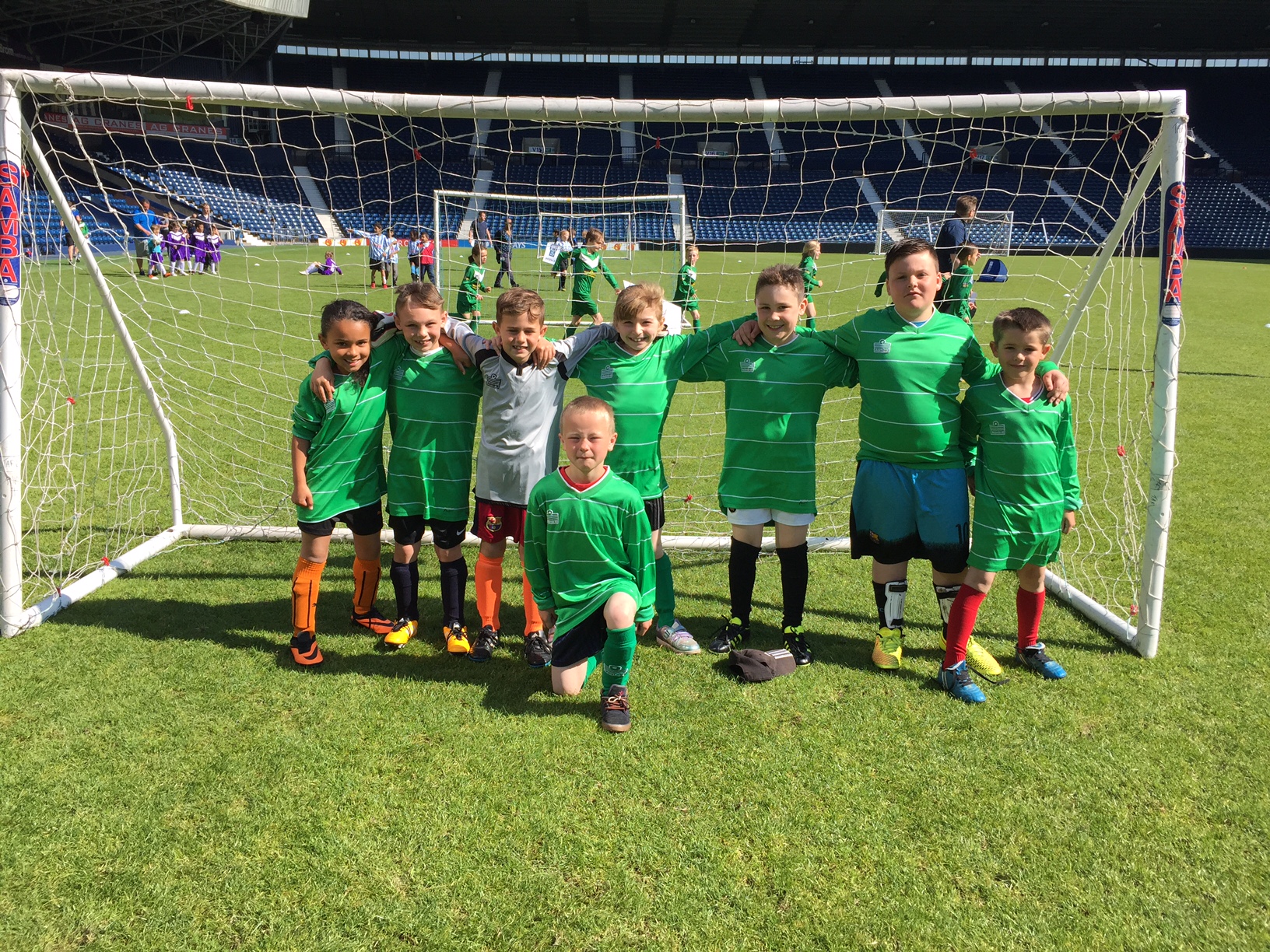 On Tuesday morning a group of Year 2 and 3 pupils from Redhill Primary School accompanied by Mrs Good and Mr Mobberley set off for The Hawthorns Ground, to take part in the West Bromwich Albion Schools’ Football Tournament. These events run for all ages but unlike the tournaments for older children this one actually took place on the pitch itself as opposed to the academy so the players there were among a very small number of children in the whole country who can boast to have played football on an actual Premiership pitch and follow in the footsteps of the likes of Jamie Vardy, Harry Kane and Gabby Agbonlahor all who have played there this season.

In total 24 teams were present from all across the West Midlands with Redhill’s invitation coming as a result of their recently begun partnership with The Albion Foundation. They were divided into four groups of 6 for a league basis.

Redhill’s first game saw them take on
Lapal Primary from Dudley and with all but one of the Redhill children playing competitive football for the first time despite a valiant effort they lost 4 – 0.

The next two games were against Leighswood School and Whetstone Fields Schools who coincidentally are both from Aldridge and as well as being geographically close to one another another similarity was their performances against Redhill as they both beat us 2 – 0, however with each game that took place the Redhill team got better and better and a win was surely on it’s way?

Sandwiched between the two games against the Aldridge Schools there was a special treat for the children when they were taken on a mini tour of the stadium including a visit to home dressing rooms where The Baggies’ Premiership superstars prepare for games and receive their instructions from Tony Pullis.
Perhaps a Redhill pupil will be there for real in a few years?

The final game
of the day saw Redhill take on Moat Farm from Tipton, one of the largest primary schools in the Midlands, but having done their preparation work in the early games this was the time for the team from Cannock to shine. A stunning early goal from Logan, one of the best scored by any player for any team on the day, was then repeated by the same player and a third added by Brandon to make the result Redhill 3 Moat Farm 0.

A fifth game was scheduled v Tipton Green but time limitation meant that only 4 games per school could be played but I have no doubt that had it been played the result would have been an even more comprehensive win as they got better game on game.

All 8 players whorepresented Redhill were fantastic ambassadors for the school and a credit to be with. They showed great sportsmanship, shared goalkeeping duties and had a brilliant morning in beautiful sunshine mainly due to their wonderful attitude and brilliant organisation to the West Bromwich Albion staff. The Year 2 children involved will have another chance to showcase their skills just after half term and hopefully a game can be arranged for Year 3 too. When they become Year 3 and 4 in September and play as a team regularly they will undoubtably do extremely well.

Thank you children for your fabulous efforts.