Some of our students joined up with some friends from other schools to act as ball boys and girls for Walsall Football club’s pre season friendly match v Derby County on Saturday at the Banks’s Stadium.

The day began with a training session and match on the astroturf pitch before the children led out by captain Owen, welcomed the teams onto the field getting rather wet in the process as the sprinklers on the centre circle were still on as they had to run through them to form the guard of honour for the players! the boys then spent 90 minutes helping the game run smoothly.

Everyone enjoyed an excellent evening in a very closely contested game which Derby just won 2-0 in front of a crowd of over 3000.

At the end of the game the children were congratulated by Walsall Community director Adam Davy for their terrific enthusiasm and behaviour. A signed Walsall ball was awarded to Shaun Sutcliffe for showing the best attitude, something he will no doubt remember as he is a keen football fan. 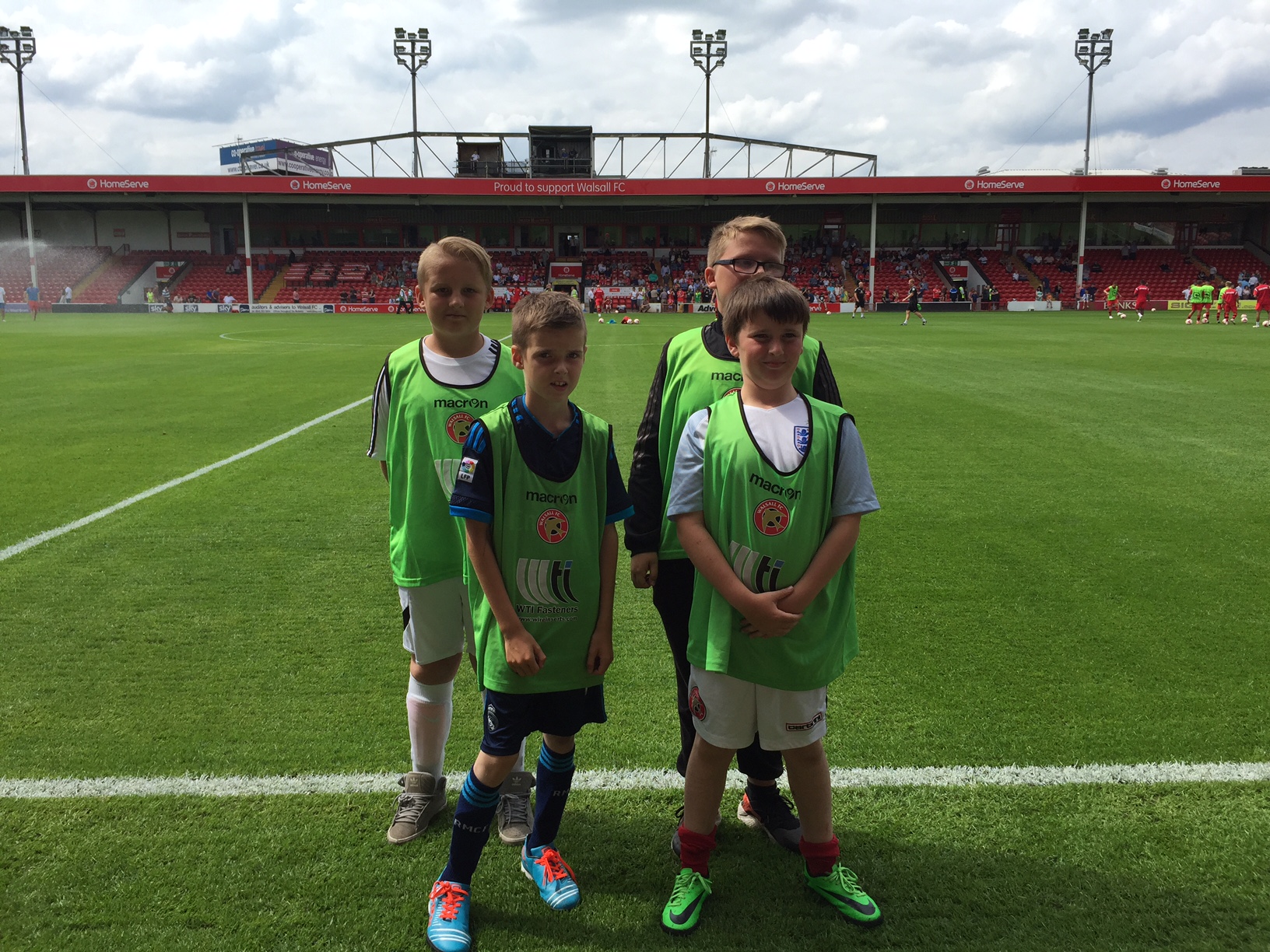