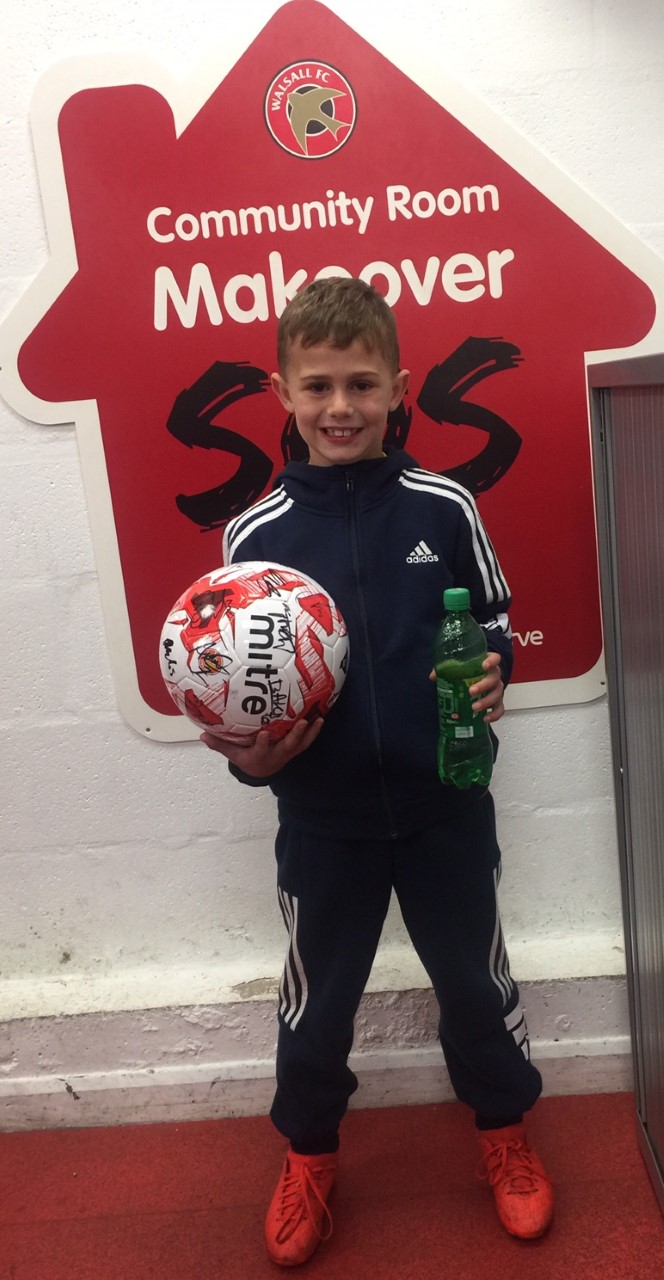 Redhill are Walsall Ball Boys for the day

Students from Redhill Primary School joined up with some friends and former pupils to act as ball boys Walsall Football club’s League 1 match v Shrewsbury on Saturday (15th Oct) at the Banks’s Stadium. Usually when Mr Mobberley takes a group to do the job Walsall win (something like 30 wins out of 40 visits over the last decade!) so everyone was hoping this would continue.

The day began with a training session and match on the astroturf pitch lead by coaches from Walsall’s Community team and, following a briefing and practice. Redhill’s captain Shaun was chosen to lead out the line onto the pitch as the children welcomed the teams onto the field and spent 90 minutes helping the game run smoothly.

Everyone enjoyed an excellent afternoon in beautiful sunshine helping with a very closely contested game which Walsall won 3 -2 in front of a crowd of almost 5000. They had a very close view of the goals, the two red cards and everyone had at least one touch of the ball with some having considerably more.

At the end of the game the children were congratulated by Walsall Community director Adam Davy for their terrific enthusiasm and behaviour. A signed Walsall ball was awarded to Logan for showing a terrific attitude and effort attitude, something he will no doubt remember as he is a huge football fan.

All of the children who took part are looking forward to returning to the stadium later in the year to be ball boys and with their next visit scheduled for January when Walsall take on Bristol Rovers, however because of their terrific effort and attitude it could be sooner as they are top of the list if Walsall get a home cup game before then.

Attached – The Redhill boys with Swifty

Logan with his signed ball 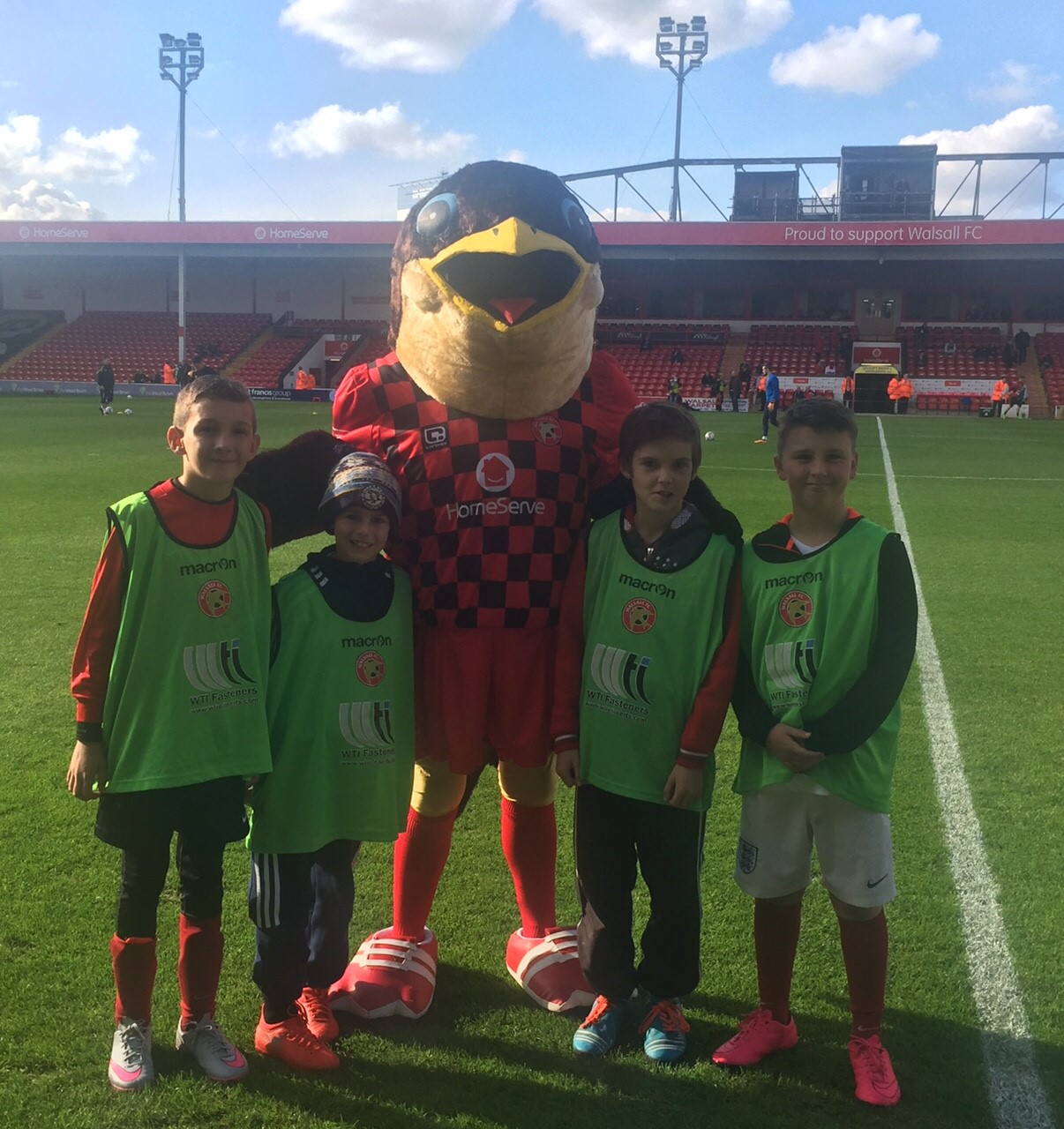