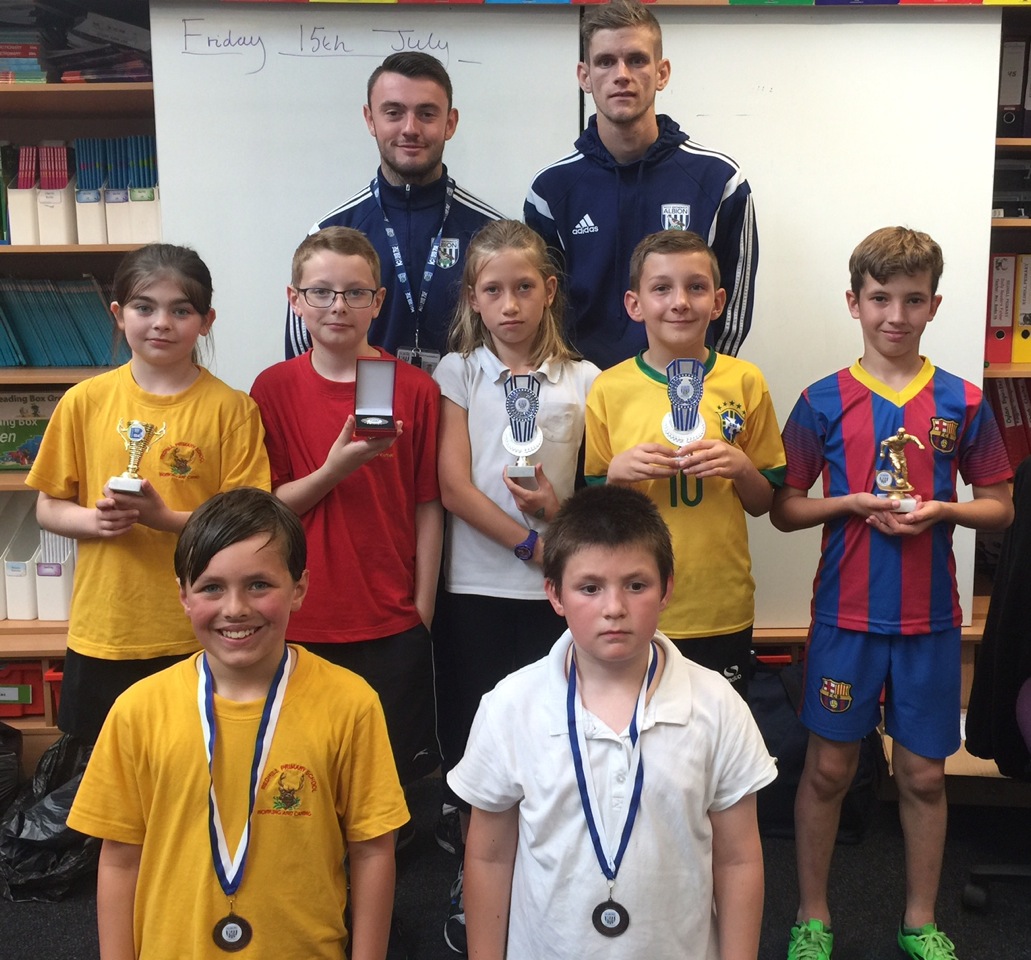 The course was delivered over 6 weeks and was organised by Sam Whitmore and Ashley Hodgkins from the West Bromwich Albion Foundation and focussed on teaching the children how to be better citizens as they grow into young adults how to be leaders in their own community by organising games and activities and being mediators for younger children and develop their sporting skills and knowledge too.

Each session began with an ice breaker activity followed by a classroom session focussing on one of the areas of: good and bad leaders, communication, teamwork, organising & planning, compromise and confidence. After recording notes in their journal the children then went outside under the guidance of the leaders to use the skills they had learned by planning and organising games and activities. At the end of the 6 weeks everyone who had completed the course successfully was awarded with a football, baseball cap and tee shirt.

Several children were singled out for their excellence in certain areas of the course and awarded class champion awards for this.

The course was extremely well organised and popular and has certainly had an impact in ensuring that the young people of Redhill in the future will move to the next stage of their life with many of the skills they need to be good citizens.

Albion Ambassadors has formed a part of an ongoing relationship between Redhill Primary School and the Albion Foundation and after the summer break some pupils will hopefully children enjoy taking part in the ‘Active Albion’ programme during which they will learn about healthy lifestyles along with visits to home matches and participation in West Bromwich Albion Sports events and tournaments.