Pupils from School developed their penalty skills and raised money for a good cause after The Soccer Star Challenge arrived at school on Wednesday 5/10.

Each pupil in the school took it in turns to take up to 5 penalties into the special inflatable goal which uses a sensor to measure the speed of the shot. This is a unique challenge that takes place all across the UK and, as well as schools, has been undertaken by numerous Premier League footballers.

The children had been introduced to the challenge several weeks ago and many of them had raised money for the make a Wish Foundation charity and to develop sports provision at school, raising an amazing sum of over £1000 in total.

Once the challenge was complete and the scores recorded, various prizes for the fastest shots and top fundraisers were awarded. These included trophies for the top scorer in each class, balls, medals, toys, and the top prize of a family trip to Wembley Stadium which was won by Brayden in Year 3. The prize for the fastest shot in the school was won by Ogi in year 4 with a very impressive 42.0 MPH. The best girl in the school was Lana in Year 5 who’s speed was 34.1 MPH

Everyone enjoyed the activities and raising funds at the same time. 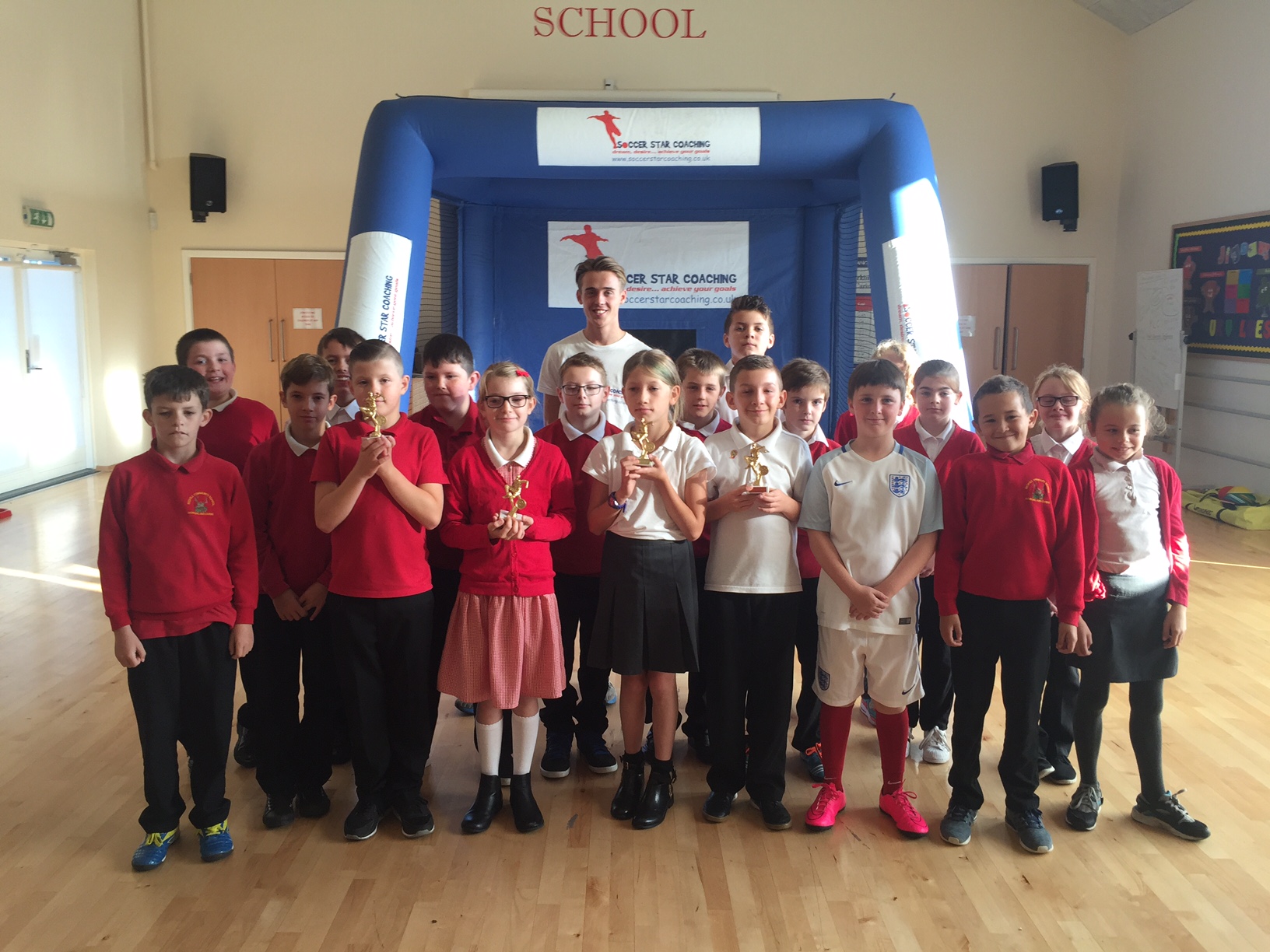