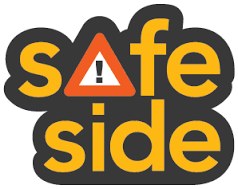 Year 6 want to be on the SAFE SIDE

Year 6 pupils from Redhill Primary School learned about being safer citizens after spending the day at the Safeside Centre in Nechells, Birmingham on Thursday 29th September.

The children enjoyed their journey to the centre by travelling from Hednesford to Duddeston on the train, something many of them had not done before.

On arrival the pupils participated in a variety of workshops about road safety including using public transport, safer ways of travelling and the importance of using seatbelts in cars. They then went outside to measure the speed of traffic on the busy road outside the centre using actual laser speed guns. The fastest car was recorded as travelling at 34 miles per hour despite the speed limit being 30. Unfortunately the children did not have the power to do anything about this but did learn that if you are involved in an accident under 30 MPH your chance of survival is significantly higher than at 40.

During the afternoon the students were divided into small groups, each with their own instructor, and then taken into the Safeside Village which is an extremely lifelike replica of any high street in the country. They were then taken through a range of scenarios which could occur to any of us at any time. With a real West Midlands double decker bus and train carriage they learned about safety on public transport, in the CO-OP and bank there were lessons about restricted goods and financial awareness, inside the house fire safety lessons were learned with a room burning to nothing in under 4 minutes. There was domestic safety in the kitchen, how to be safe near water and personal safety at the zebra crossing and in the dark alley to name but a few.

The day concluded with an interactive quiz using keypads to answer questions on the issues studied during the day, with the success rate, whilst not quite being 100% , showing that a lot of lessons had been learned, some of which the Year 6 students were able to put into practice on the train journey and walk back to school.

The Safeside complex is an outstanding organisation, staffed entirely by volunteers and funded by the West Midlands Emergency Services. The scenarios are so lifelike you could actually be there and, with the children who visit moving to high schools in September, they may find themselves in them and will hopefully now be better equipped to deal with them should such situations occur.

You can scroll some some our our photographs in the slider below.