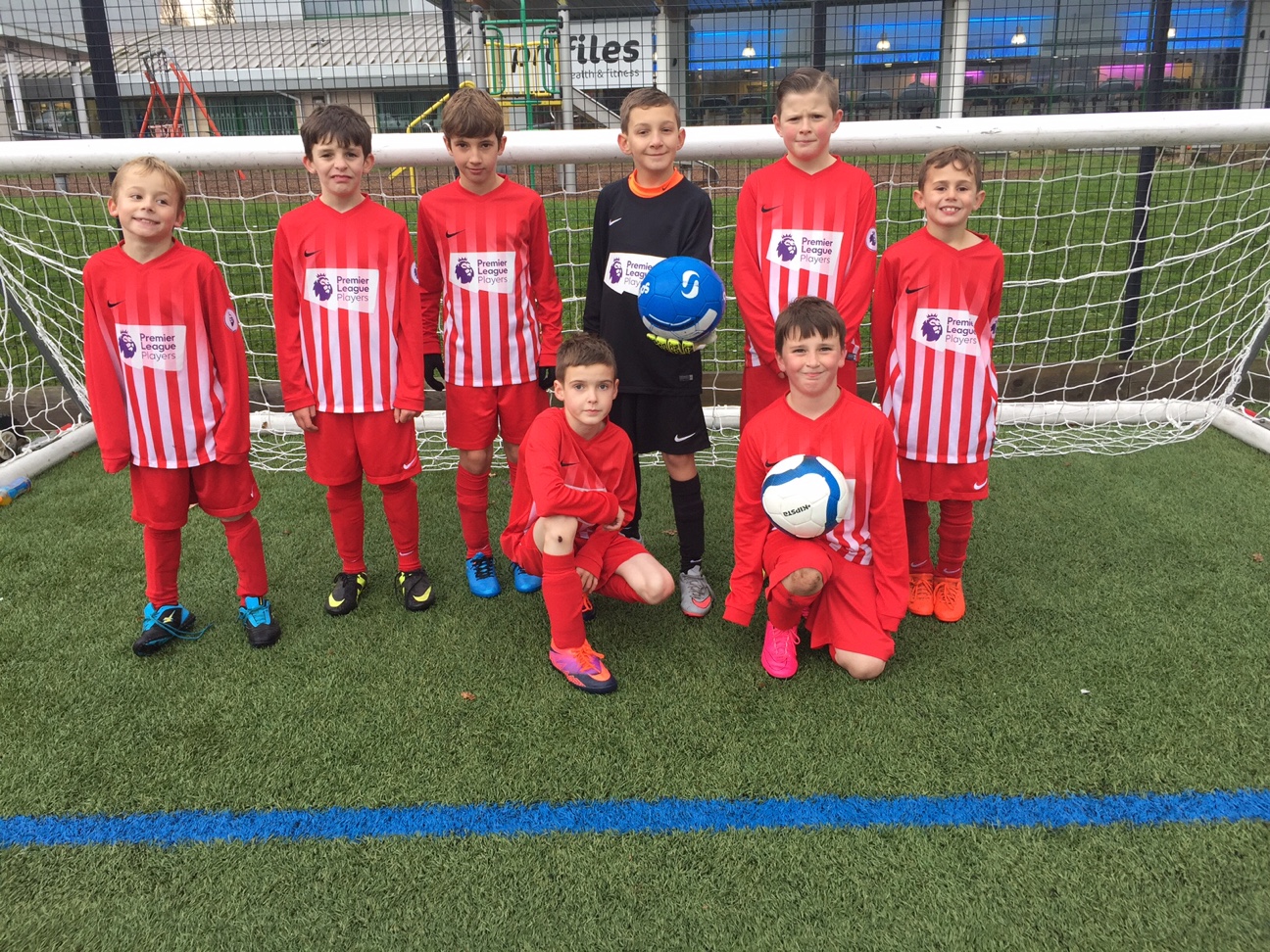 Eight schools were taking part in the event and they were placed in two leagues of four with Redhill facing St Mary’s, St Joseph’s Rugeley and Henry Chadwick Schools.

The first game saw St Mary’s take an early lead and this carried on well into the second half but Redhill equalised through a brilliant goal from Logan with the ball going in straight from a corner he took without touching anyone else to earn a 1-1 draw.

Game two against St Joseph’s was a tight affair between two evenly matched teams and 0-0 was a fair result.

The final game v Henry Chadwick was always going to be a big ask as these were Redhill’s last opponents a couple of weeks ago and won 10-0 and whilst this was closer a 3-0 win for the Hill Ridware team was well earned and they turned out to be overall tournament winners too.

Two draws and a defeat weren’t enough to see Redhill through to the semis but, as always, effort, sportsmanship and commitment were fabulous. Thanks also to Mrs Hancox who came along.