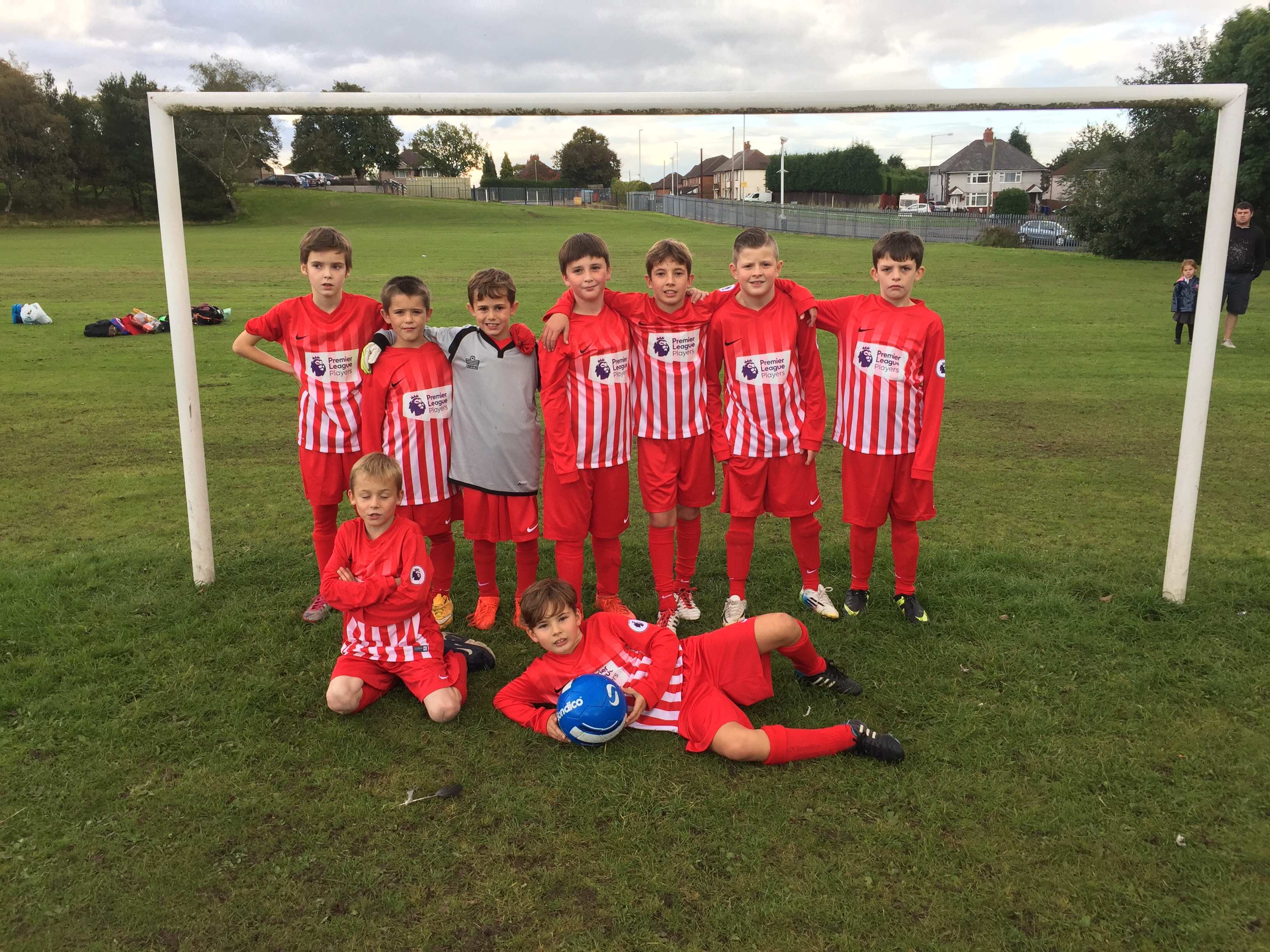 On Monday evening the Redhill football team played their first ‘home’ match of the season against St Peter’s Primary from Hednesford. Fresh from their great win at Anson last week they were hoping for another good performance and the game turned out to be an eleven goal thriller.

With goalkeeper Kacper unavailable there was a slight change with Logan playing in goal for the first half and Bobby coming into the squad to represent the school for the first time. Otherwise the boys were unchanged from last week.

The first half saw Redhill’s captain Shaun open the scoring for the second game running with his powerful shot hitting the post before going in and this lead was quickly doubled by Leon. All looked comfortable for Redhill but the opponents hit back with two quick goals to make the half time score 2-2.

Half time saw a Redhill change with Owen going in goal and Logan playing as a striker. He scored lots of goals playing for the Year 2/3/4 teams last year but could he do it on the bigger stage?

Things didn’t really go to plan for Redhill to begin with St Peter’s opening the second half scoring to go 3-2 ahead but in Logan maybe we have a school equivalent of Marcus Rashford as he quickly equalised, then got another and soon after a third scoring a hat-trick in less than 5 minutes to put Redhill 5-3 ahead. St Peter’s then scored again to make it 5-4 before Leon again restored the two goal cushion for the home school.

To keep things interesting St Peter’s then broke free to score again with about three minutes left to pull it back to 6-5 but just like last week Redhill hung on for a much deserved victory and two wins out of two.

The boys were again fabulous ambassadors for the school and for anyone watching this game far eclipsed anything you’ll see on the television. 100% effort, commitment and sportsmanship by all.