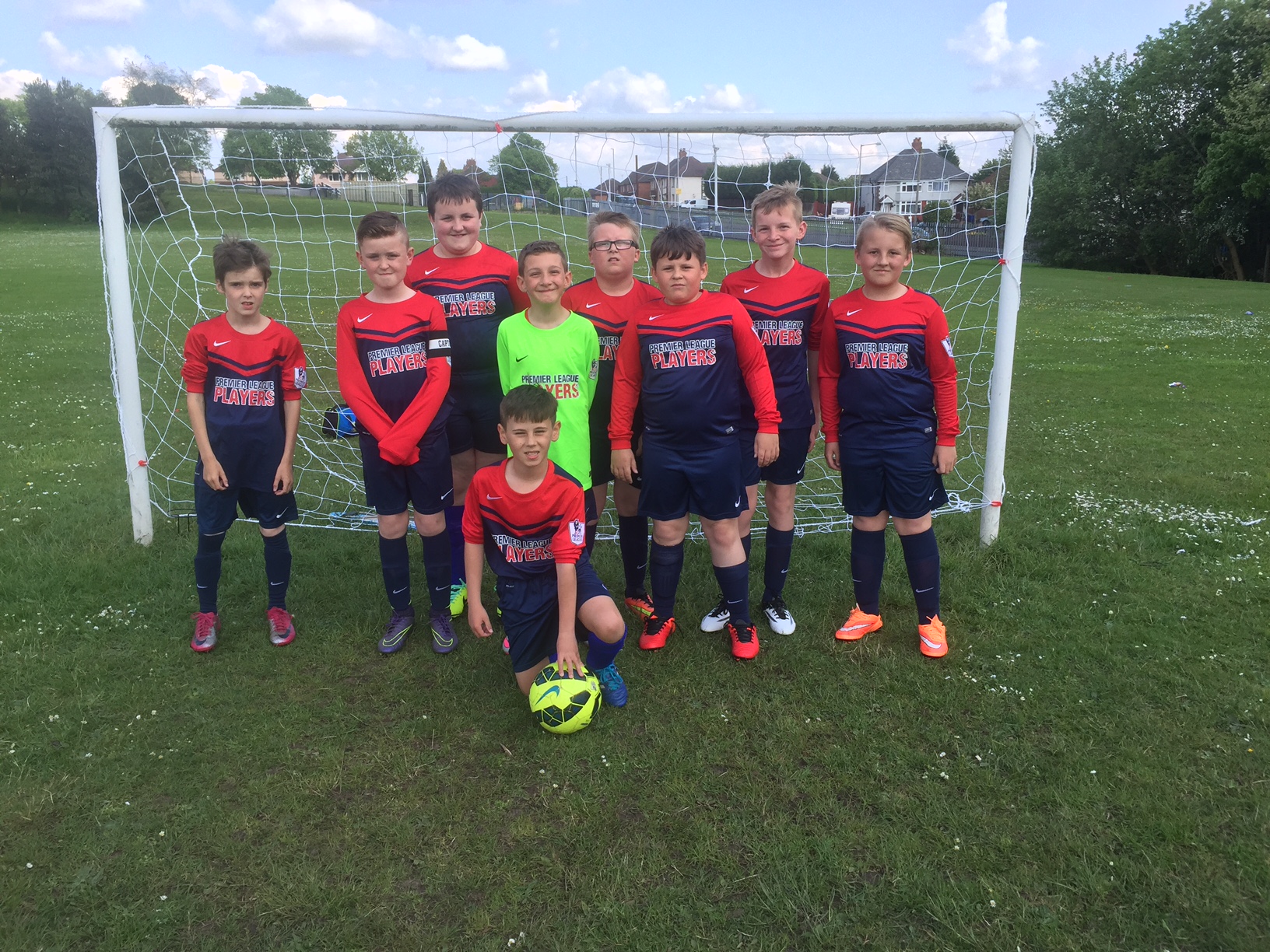 The school football team from Redhill Primary took part in their first match on Monday evening when they entertained Landywood Primary School. With the opposing team coming from a much larger school and having played numerous matches together over the last year this was always going to be a tough task but the boys from Redhill were determined to do well.
The match began at a very even pace with chances for both teams but it was Landywood who took the lead with an excellent goal and almost doubled t diving low to his right that was worthy of his Leicester City namesake Schmeichal kept the half time score to one – nil.
The second half saw a change in the Redhill formation which immediately led to more chances with Justin , Shaun and Chad linking up on numerous occasions however it was an unfortunate own goal that saw Landywood double their lead. The experience of the visitors then began to show as they scored two more goals to take a four nil lead.
Just as it looked as it was about to become a rout Redhill broke down the left following a superb pass from Max to Shaun who supplied Redhill’s captain Chad with a great ball which he put in the back of the goal to make the score 4 – 1. This was followed a few seconds later with a superb shot from Justin Bird which unfortunately hit the post and rebounded to safety.

Despite some great attacking and defending from both teams the final score was Redhill1 Landywood 4.

For their first game as a team this was a great performance for the Redhill and more importantly their attitude, sportsmanship and effort were outstanding and I was proud to be with them. Well done boys. thanks also to the parents who came to support. The teams will have several other games this term where, hopefully, they can build on this promising start.