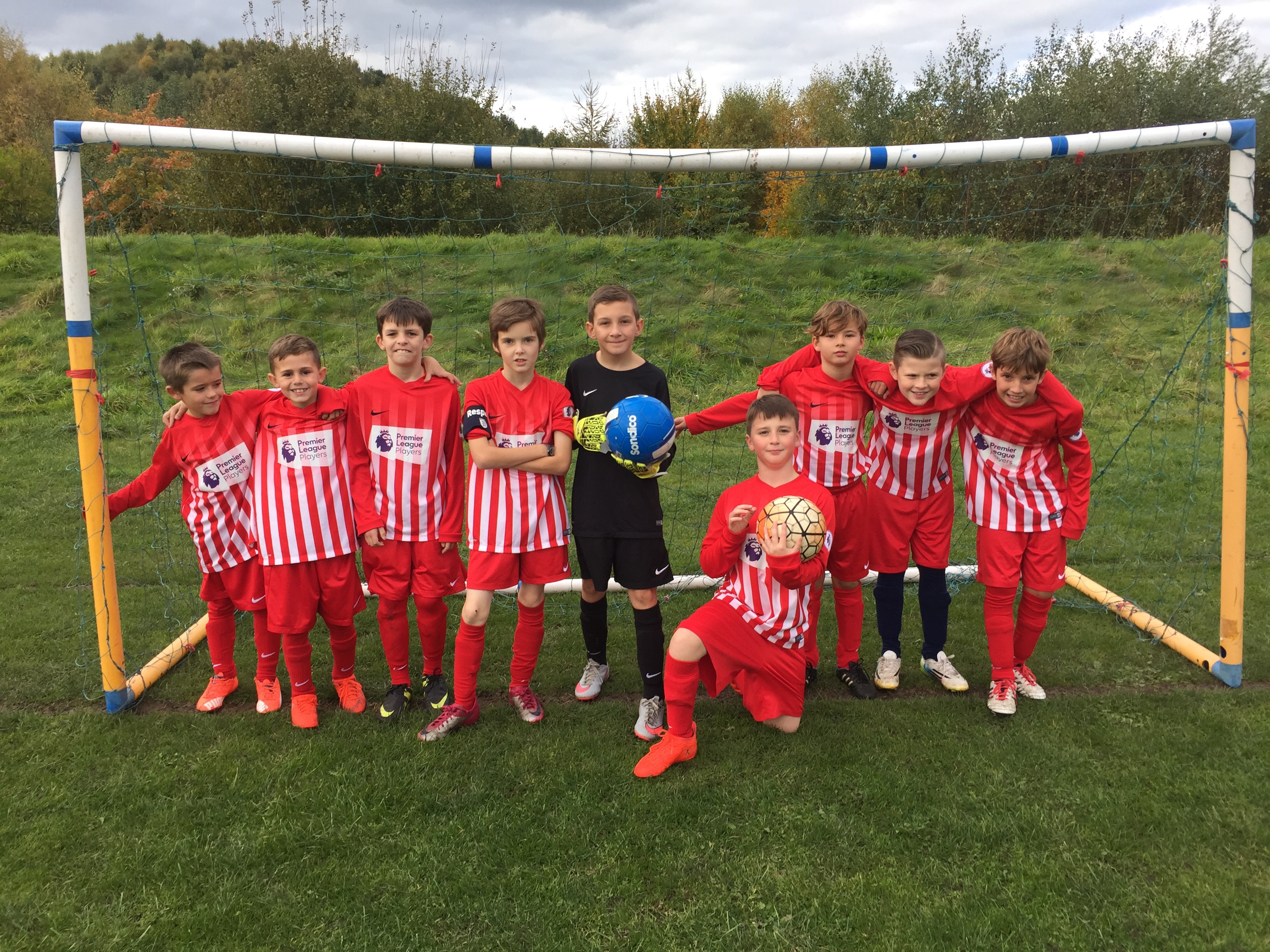 On Wednesday evening (19.10.16) the school football team travelled the short distance to Littleton Green Primary for their 4th game of the season. With the opposing school being twice the size of Redhill and therefore having far mor players to select from this was always going to be a difficult encounter but the Redhill boys were in good form so quite confident.

The game began with Leon opening the scoring for Redhill, the fourth game in succession he has done this but then Littleton scored two quick goals to take the lead. Not long before half time, Redhill were awarded a free kick some distance out but Arron drilled a beautiful kick hard and low past their keeper to make the scores level at the break.

The second half saw Littleton restore their two goal lead with neither giving returning keeper Kacper any chance but a quick reply from Shaun reduced Littleton’s lead to one goal setting up a good finale.

The last few minutes saw a goal for both teams, unfortunately with Littleton scoring first to go 5-3 ahead this more or less killed the game off but Logan’s goal in the the last few seconds going in direct from a corner he took without touching anyone else gave the game a great ending.

An unfortunate defeat but it was only by one goal, the game was of the highest quality and as always the boys were terrific representatives. It was nice to see a significant away support too.