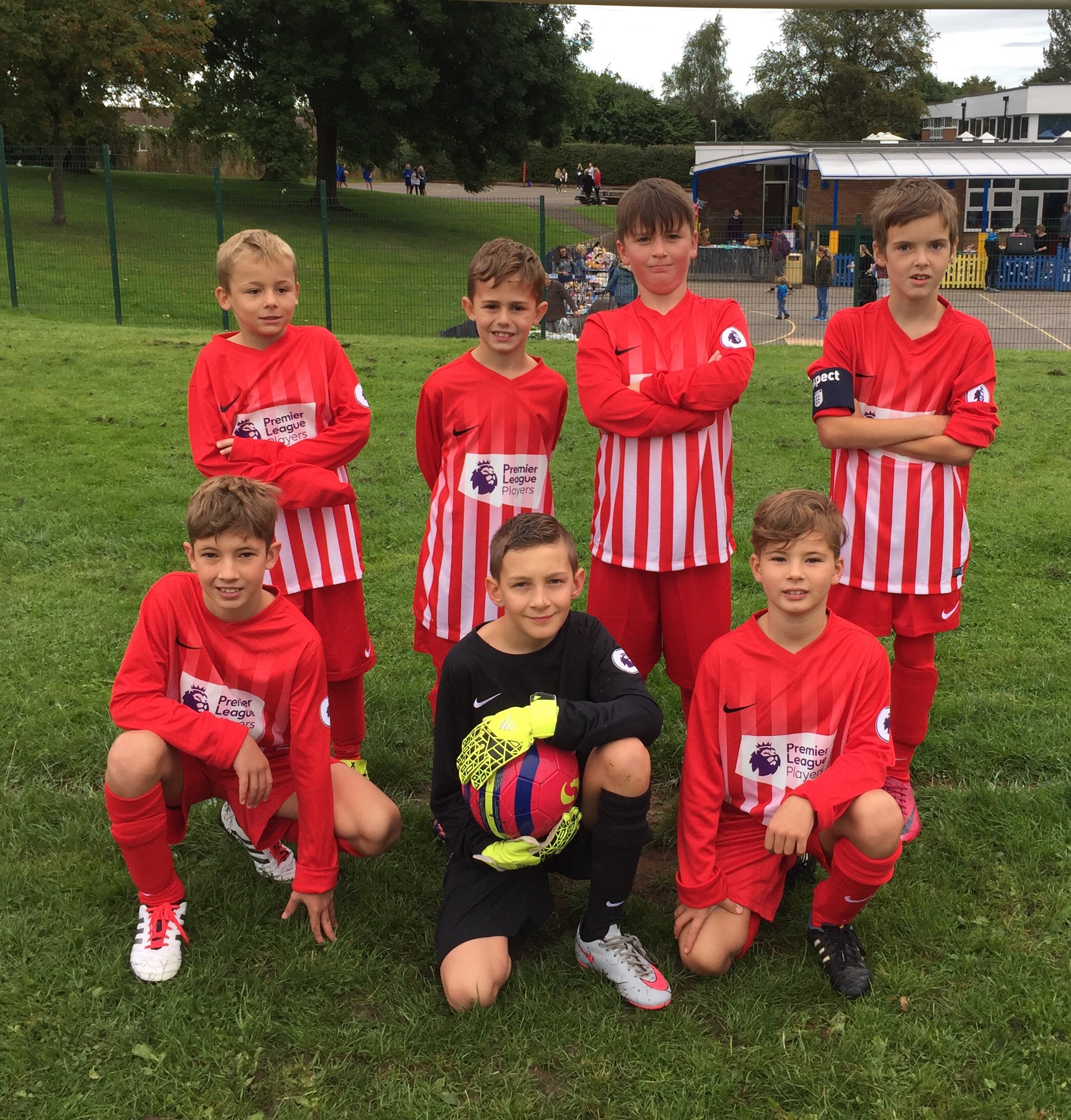 On Saturday morning Redhill Primary Schools’s football team took part in the annual tournament at St Joseph’s Primary in Rugeley along with teams from seven other local schools. Redhill’s team comprised of pupils from Years 3,4,5 and 6 with most of them playing for the school for the first time. This was also the first time the smart new school kit was being worn.

The first game of the morning was against Henry Chadwick Primary from Hill Ridware, a school who play a lot of sport and one of the favourites to do well based on past success. Unfortunately for Redhill with less than a minute played the ball hit one of our players arms in the area and the referee awarded a penalty. Kacper in the Redhill goal made a fantastic save but unfortunately the ball rebounded to a Henry Chadwick player who scored from the follow up. The remainder of the game was very even meaning a really unlucky 1 nil defeat.

The second game saw Redhill take on another Cannock School, Littleton Green. This again started with a stroke of real bad luck when a corner for the opponents went across all of the players from both teams in the area, hit the inside of the far post and bounced into the goal giving Kacper no chance. As the game went on Redhill had more and more chances but just could not score however with literally 20 seconds remaining Arron found himself one on one with the Littleton keeper and kept his nerve to score the equaliser and Redhill’s first goal of the season.

Results in the other games meant that to have any chance of qualifying Redhill needed to win their last game against hosts St Joseph’s Rugeley, by a significant margin to have any chance of making the semi finals and this resulted in a change in formation concentrating on attack. For the third successive game it began with very bad luck with the referee giving St Joseph’s a penalty for what looked a very innocuous push and their player converted it well. With Redhill pushing forward for the win St Joseph’s scored a second from a breakaway making the final score 0-2.

Whilst Redhill didn’t make the knockout stage, or indeed win a game, they were possibly the youngest team there and showed great promise. More importantly the attitude, sportsmanship and effort of the boys was outstanding and this was commented on by the referee and several teachers from other schools. In the coming weeks and months they will play numerous matches together and based on Saturday I know they will be a team to be proud of.

Thanks must go to the staff of St Joseph’s who as always put on a terrific morning. Our boys enjoyed the most delicious burgers, hot dogs and ice creams and enjoyed the various games, stalls and competitions. Commiserations to Arron who came second in both the archery and frisbee competitions out of all of the children who took part.

Thank you to the parents, grandparents and family members who brought the boys to the event and stayed to offer their support and a special well done to assistant manager Max who led the warm ups and helped with the coaching. I hope you can make all our games.