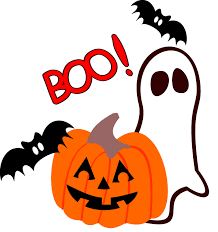 On the last day of half term, Redhill’s School Council hosted their very first event with a scary movie night for Halloween.

It was clear that the movie of choice was ‘Casper’ with the amount of tickets sold. We even had to move the film into the school hall to accommodate for everyone! ‘Coraline’ also had a full classroom and we would like to thank Mrs. Tyler for letting us borrow her room (Miss Ash was too scared to watch it!)

The School Council worked hard at making sure the night went smoothly by creating the posters and tickets as well as deciding on the movies. They walked around the hall and classroom making sure that children had enough to eat and were being respectful to the other members of the audience. Abbie-vi and Connor even went of ice-cream runs for the snack bar!

We had a great turn out of parents, grandparents and children and are pleased to tell you that we raised £167 for school funds. Everyone enjoyed all the snacks provided, especially the popcorn and the ice cream, which sold throughout the evening (Thank you to those staff members that helped)

We were pleased with the positive feedback from the parents and on behalf of the School Council, I would like to say thank you for the support from all the family members who came and for all the children who dressed up for the occasion. Also, I would like to say well done and congratulations to the children in the School Council on a successful event following all their hard work.

Keep your eyes peeled for our next event