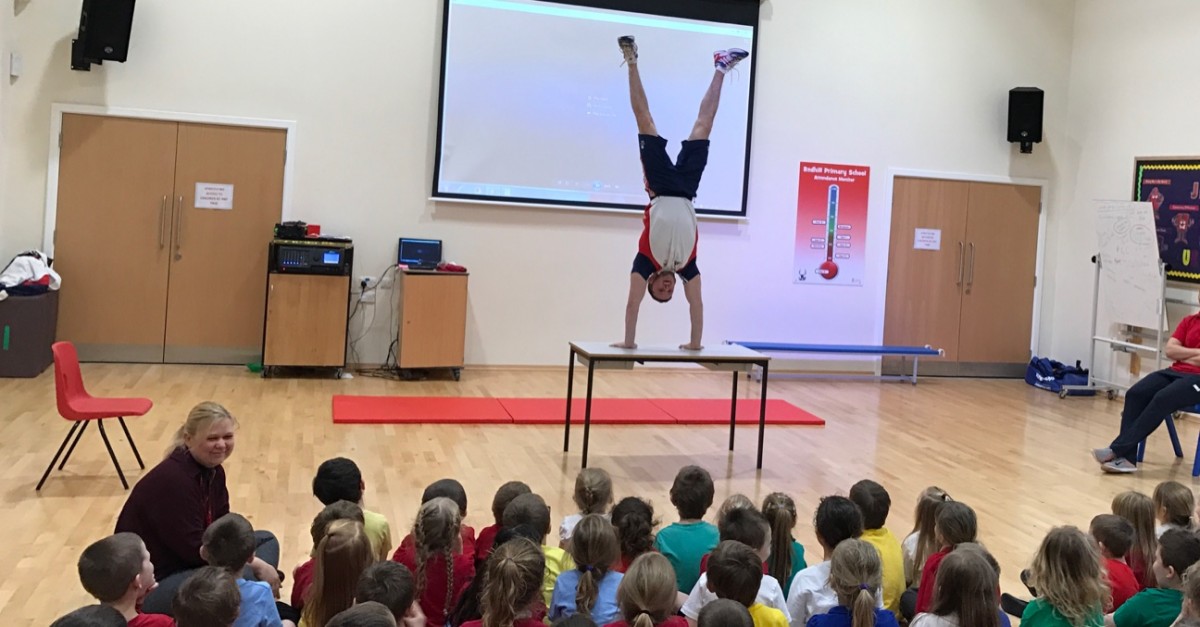 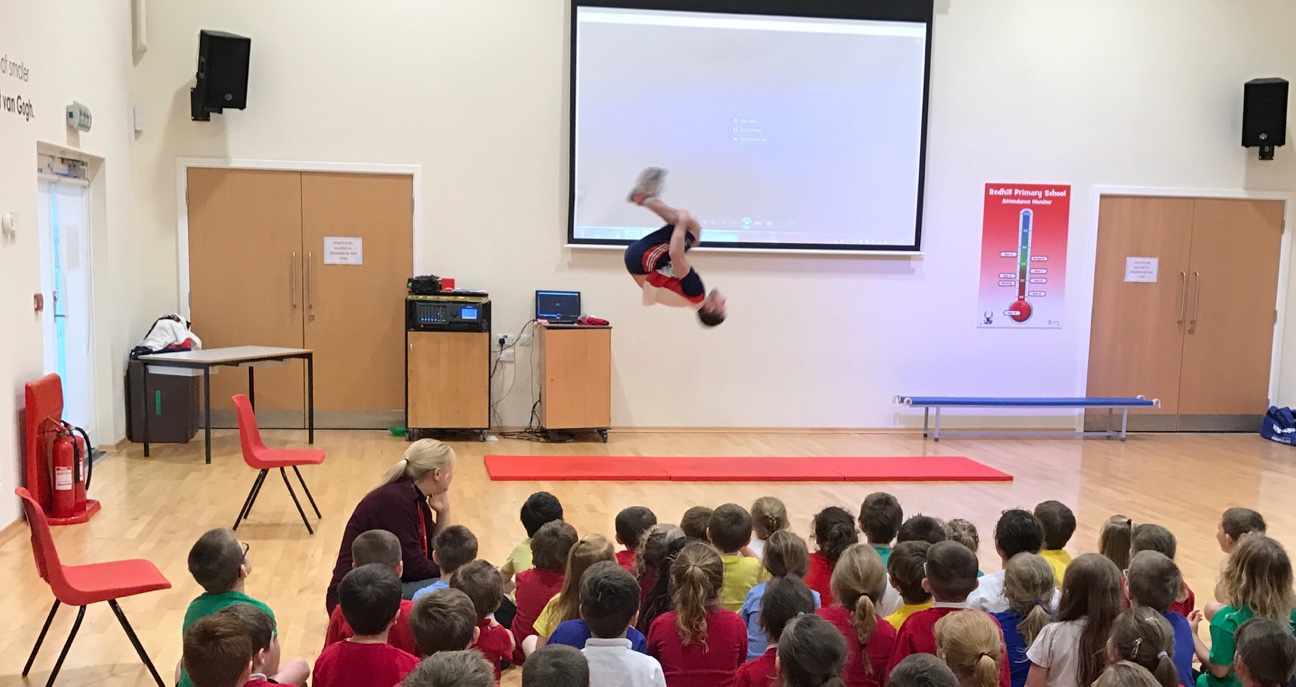 On Monday 16th January Redhill Primary enjoyed a visit from Olympic gymnast Dominick Cunningham who led an active and informative morning for all of the pupils and staff.

The session began with all of the children from Year 6 right down to Reception taking part in a fitness circuit comprising of four vigorous activities including star jumps, spotty dog, press ups and leg thrusts. With loud music playing and classes able to stay to watch and encourage each other the atmosphere was fabulous and everyone had a great but tiring time but what a way to wake up on a Monday morning and prepare for a busy week at school.

Once the circuits were complete everyone returned to the hall for an inspirational assembly led by Dominick. He showed several video clips of him in action, talked about his early career, how he got into gymnastics, some of the sacrifices and setbacks he has had to get where he is and his goals for the future. Some of the children were able to hold the Olympic torch as they reenacted the relay. However the highlight of the morning was without doubt when Dominick demonstrated his amazing skills by performing numerous gymnastic moves to the entranced audience. These included various rolls and flips, walking on his hands and some awesome balances including on a classroom table.

There was enough time at the end for some very sensible questions about his career from both children and staff. Several pupils said they felt inspired to be a gymnast following the visit. We all enjoyed having Dominick at our school and hope he enjoyed it equally. 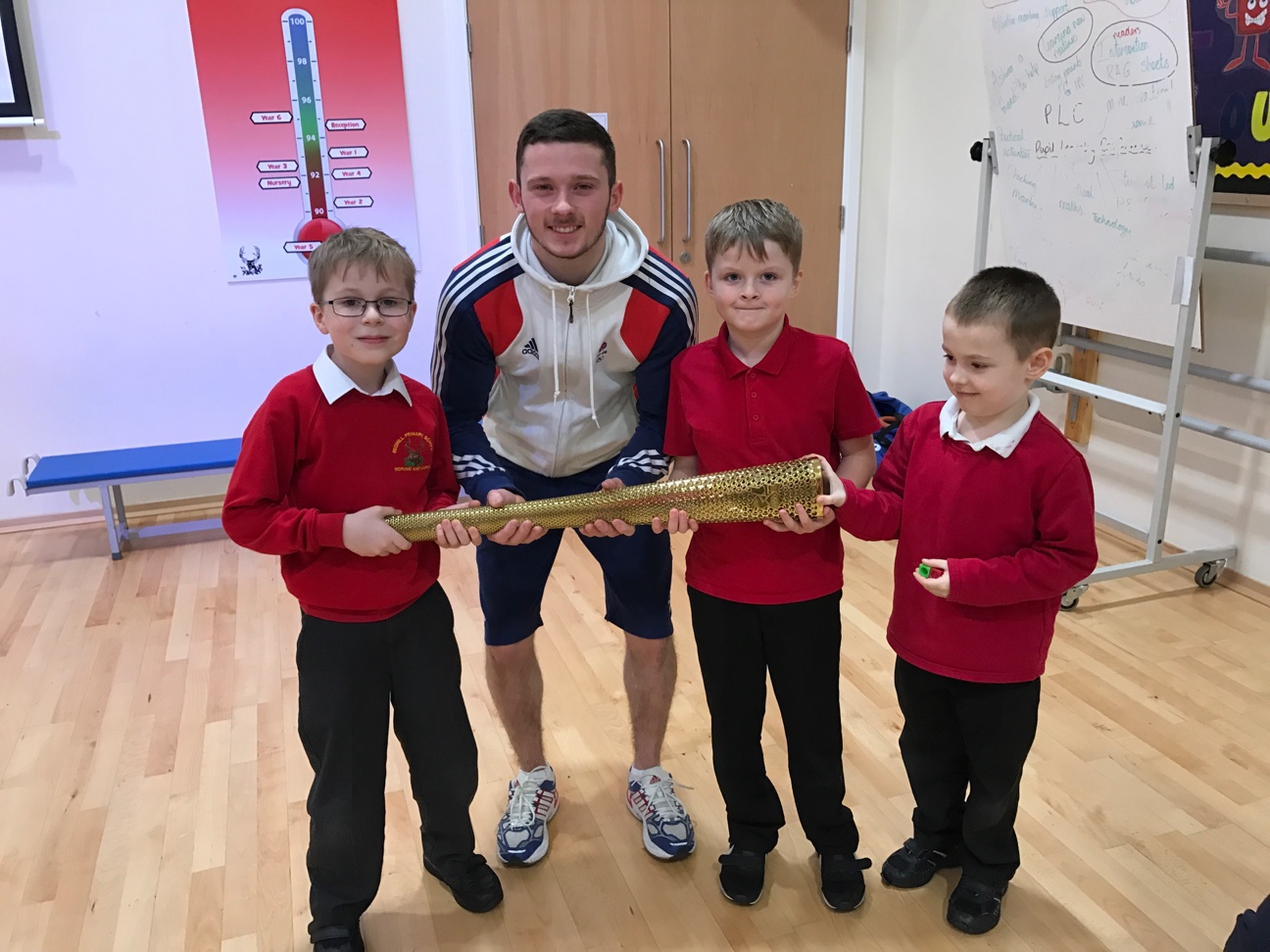