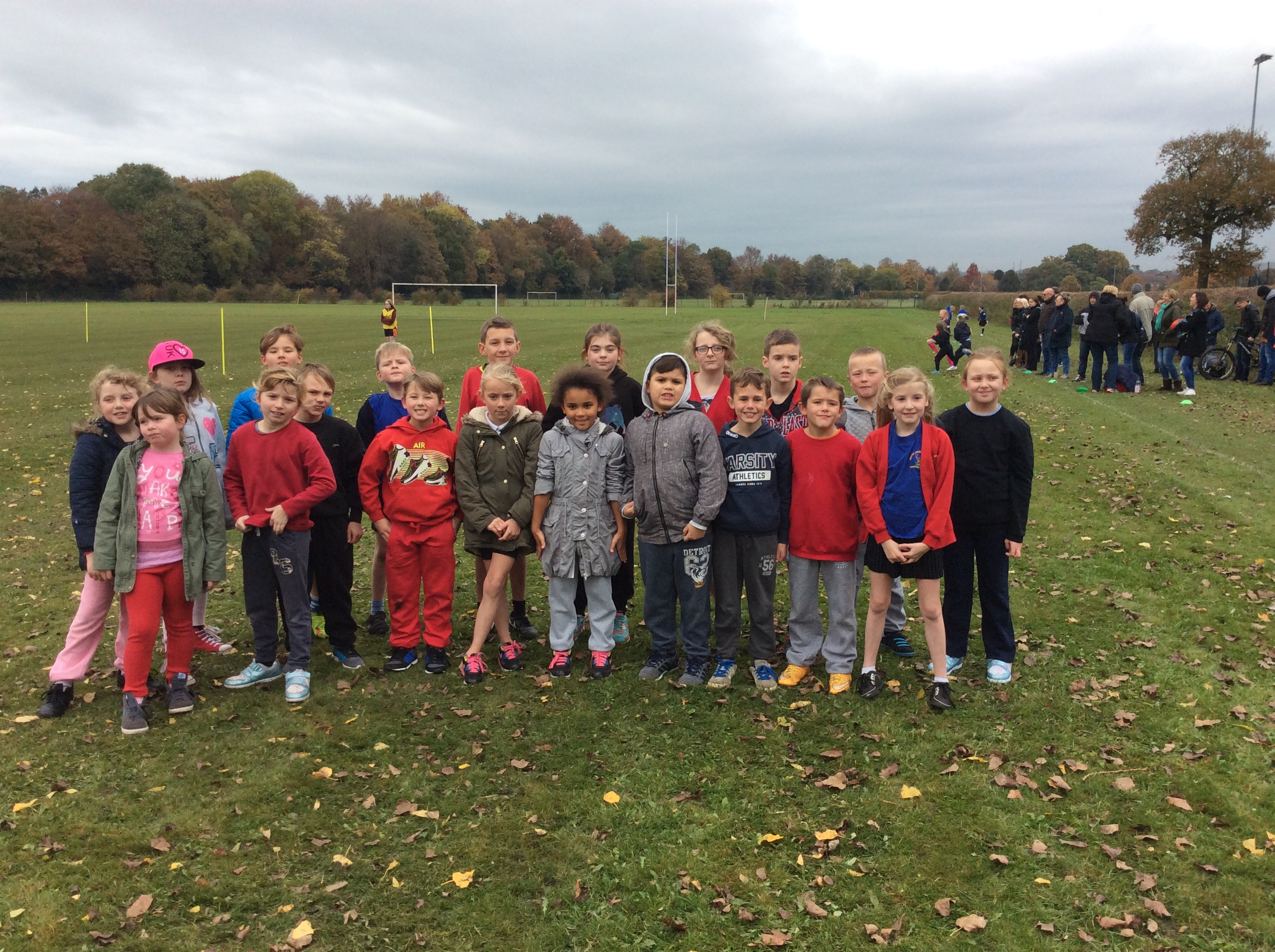 On Thursday afternoon (3rd November 2016) a group of pupils from Redhill took part in the Year 3 and 4 cross country festival held at The Hart School in Rugeley and part of the Sainsbury’s School Games events. There were 15 local schools taking part comprising of over 240 runners. The children were accompanied by Mrs Hancox and Mr Mobberley but this was also the first opportunity for our newly appointed Year 6 sports ambassadors to put their skills into practise and they did a superb job coaching and organising the younger pupils.

The afternoon comprised of four races with Year 3 running 800m and Year 4 1km around a circuit of the Hart school’s playing fields. With four pupils from each school in each race this meant there were 60 runners competing at a time.

With the length of each race being a considerable distance it is great to report that all 16 Redhill children completed their race with no problems and all crossed the finish line in a good time and still smiling. The effort and attitude of all of the runners was superb and they all did Redhill proud.

Our best finishers in each race were :

Well done also to the Year 6 leaders (Katie, Amber, Kacper & Shaun) who did a fantastic job and were role models not just for our children but for everyone there.

The Year 5 and 6 equivalent tournament takes place in 2 weeks. Hopefully they will do just as well.