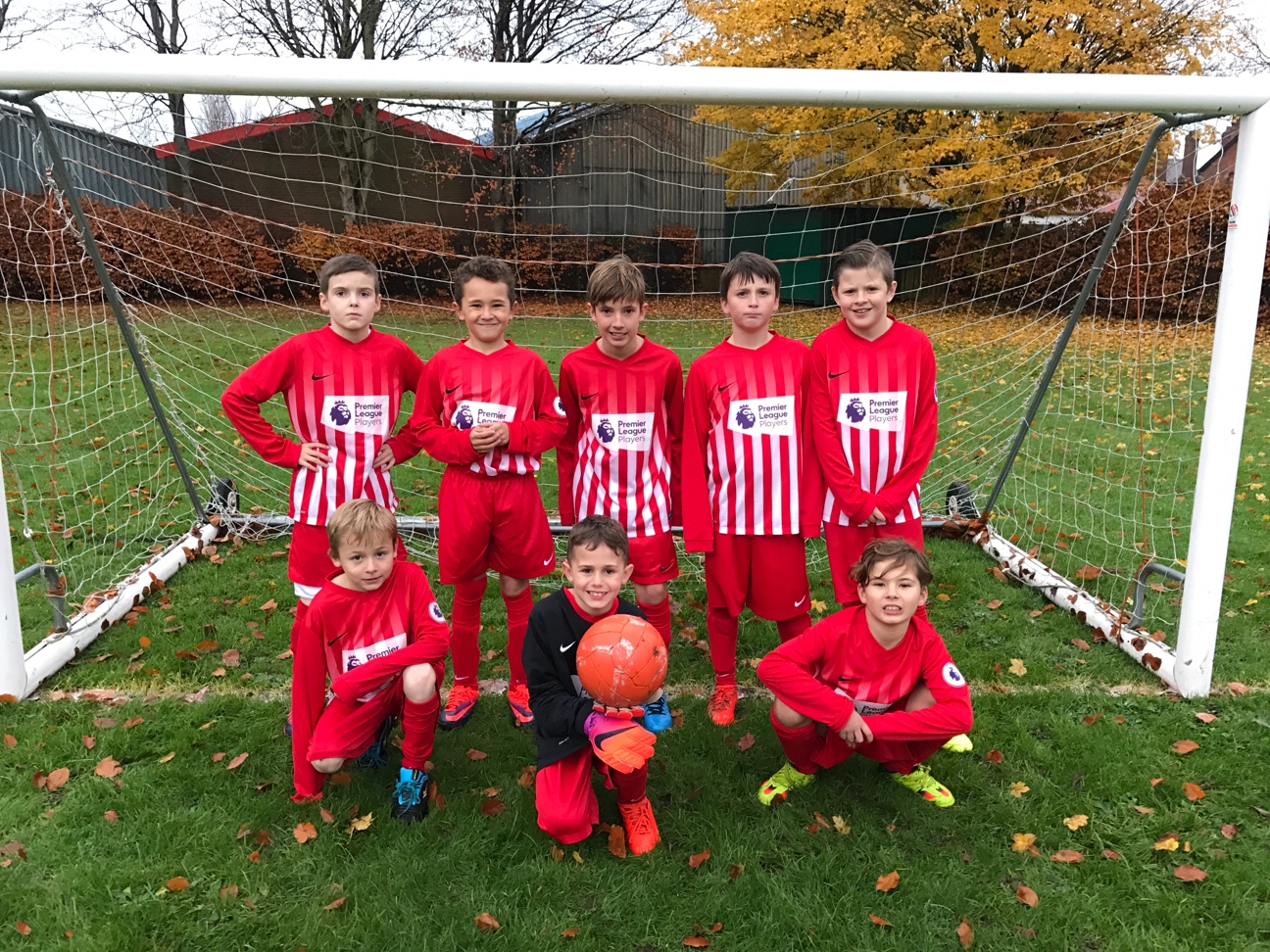 On Wednesday 23rd November Redhill’s football team travelled the short distance to Bridgetown for probably their penultimate game of 2016. The team showed a couple of changes from recently, most notably Connor making his debut for the school.

The game began with almost constant Redhill pressure but but it took several minutes before Leon scored an excellent opener from some way out before adding two more to complete a first half hat-trick. Further goals followed from Arron and Owen to make the half time score 5-0. This could have been 6 if a penalty hadn’t been missed but that didn’t matter.

The second half followed in the same vein as the first with goals from Logan (2), Tyler, Arron and Connor on his debut. Bridgetown did score one when Redhill were 8-0 up and all pressing forward but a final score of 10-1 was much deserved.

The Redhill boys realise they won’t win every game this year but as much as they are sporting in defeat they are equally so when winning, enjoying the victory but showing a great attitude and respect to their opponents and were a credit to the school.