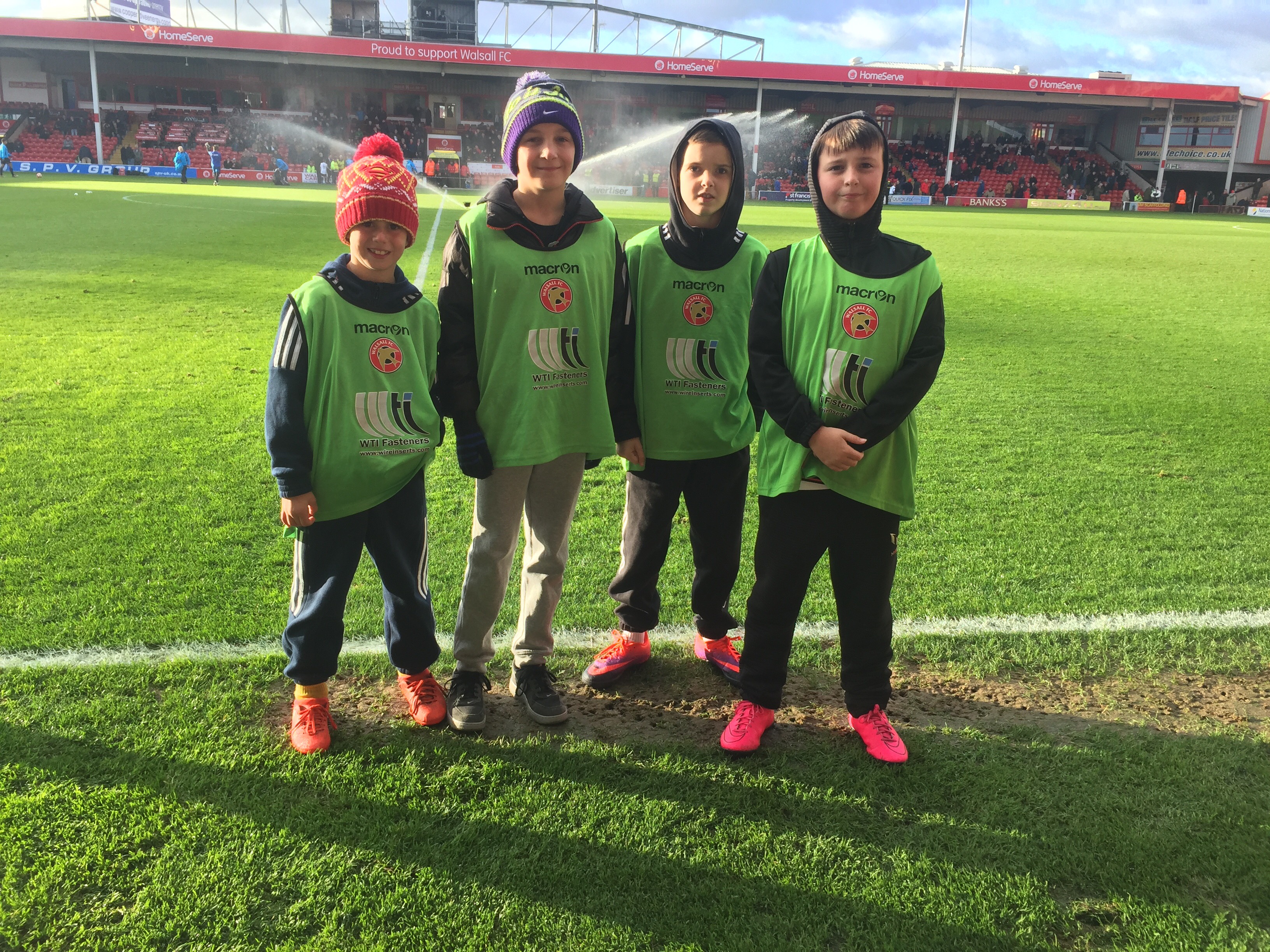 On Saturday afternoon (5th November) four of our school football team were invited to be ball boys for Walsall F.C’s FA Cup match against Macclesfield. This invitation came following
2 previous visits earlier in the year when did a great job.
The children enjoyed welcoming the players onto the pitch led out again by Shaun and acted as flag bearers as the players and officials came out of the tunnel. They were also treated to a pre match kick around with some of the players and coaches which was an unexpected bonus.
Unfortunately the 90 minutes that followed was not the best with Walsall being below form and losing 1-0 to a team several divisions below them.
Despite this and the freezing weather the boys had a good time, were great ambassadors for the school and look forward to visiting again in January.
A signed ball was presented to Arron for his determination and effort.